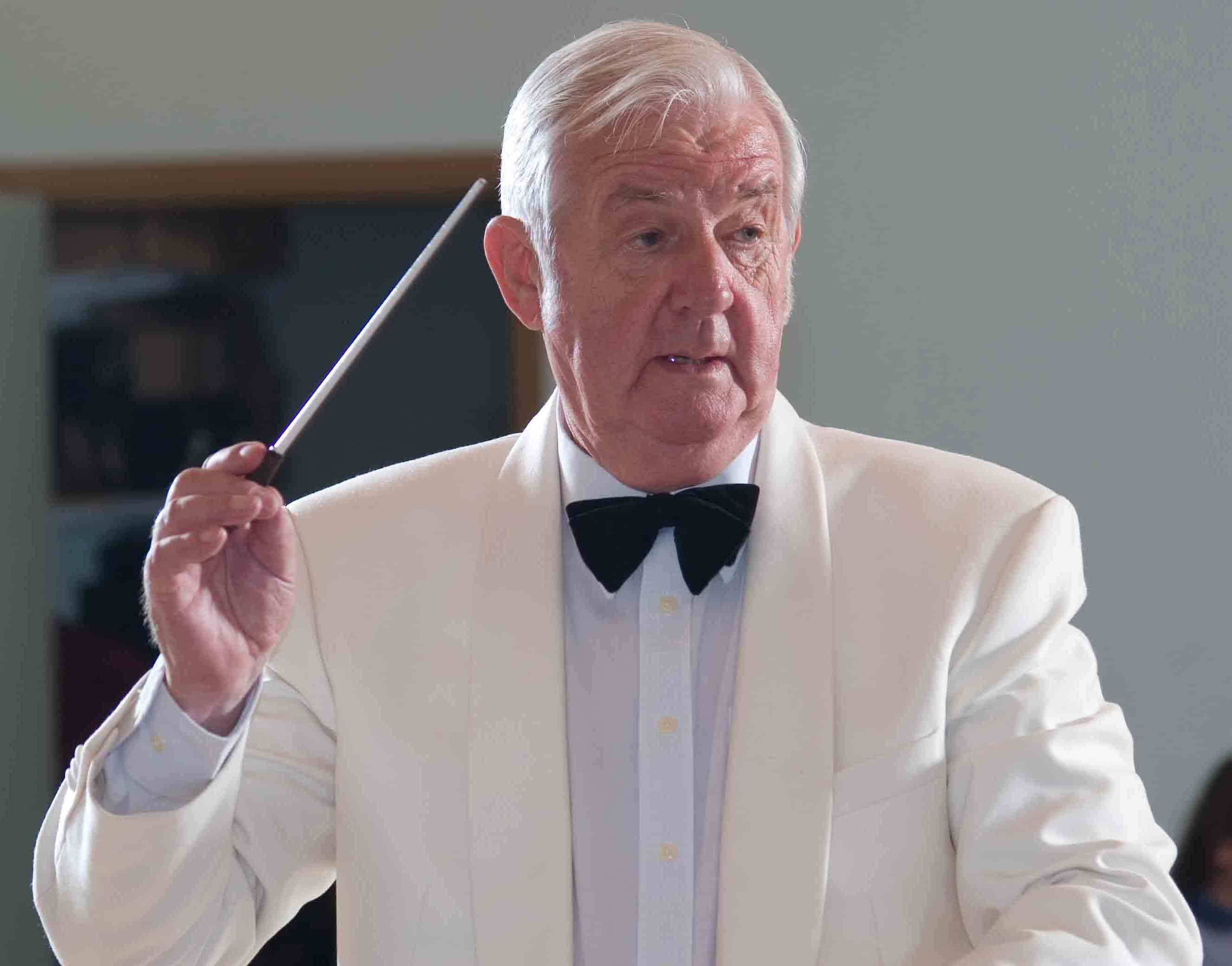 Keith joined the band in 1946, as a beginner in the trombone section until being drafted into National Service in the Royal Air Force. Following discharge in 1952 he resumed playing and with the benefit of professional tuition, progressed over the years to lead trombone, a position held until 1965.

Keith became the conductor in 1965 at short notice following the emigration, to Australia, of ex Royal Marine Band Master David McCaffrey. Keith’s only qualification at that time for being the conductor was that he was the tallest so could be seen.

Whilst continuing in the brass movement as a conductor, his activities as a trombonist have, for the past forty years, been largely confined to other areas of musical entertainment including, Dance Bands – Guy Standon Group, Keith Gordon(KGB) Band, Keith Gordon Music Makers and Contrasts, a modern ‘Pop’- orientated group, Theatre Orchestras and Big Bands in Kent, Essex, Sussex, Surrey and South London.

Keith attributes the wide variety of experience gained in playing in a diversity of bands and orchestras a great asset in the selection, interpretation and presentation of music of wide audience appeal and entertainment, popularly associated with the East Peckham Silver Band.